This has been one of my most anticipated reads of 2016. I have never read a Richelle Mead book. (You can all gasp now.) I grew out of my vampire phase when I first heard of her Vampire Academy series. I started to notice when I heard that Soundless was coming out, but when I heard that she was writing about a book that mixed The Selection with history… I lost it. I started flailing and cried “Please please please”. I really wanted to read the book badly.

So guess who rushed to the bookstore and made grabby hands to get her own copy, but still ended up reading from an e-book instead? 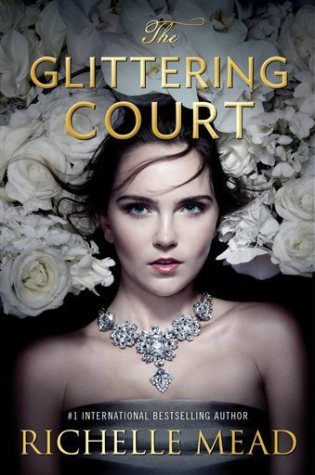 Buy it on: Amazon

Big and sweeping, spanning from the refined palaces of Osfrid to the gold dust and untamed forests of Adoria, The Glittering Court tells the story of Adelaide, an Osfridian countess who poses as her servant to escape an arranged marriage and start a new life in Adoria, the New World. But to do that, she must join the Glittering Court.

Both a school and a business venture, the Glittering Court is designed to transform impoverished girls into upper-class ladies who appear destined for powerful and wealthy marriages in the New World. Adelaide naturally excels in her training, and even makes a few friends: the fiery former laundress Tamsin and the beautiful Sirminican refugee Mira. She manages to keep her true identity hidden from all but one: the intriguing Cedric Thorn, son of the wealthy proprietor of the Glittering Court.

When Adelaide discovers that Cedric is hiding a dangerous secret of his own, together they hatch a scheme to make the best of Adelaide’s deception. Complications soon arise—first as they cross the treacherous seas from Osfrid to Adoria, and then when Adelaide catches the attention of a powerful governor.

But no complication will prove quite as daunting as the potent attraction simmering between Adelaide and Cedric. An attraction that, if acted on, would scandalize the Glittering Court and make them both outcasts in wild, vastly uncharted lands…

Wait… that was it? What happens next? Are you telling me that the next book will just be in Tamsin and Mira’s perspective? Wait… Okay. How convenient.

In all that is fair, The Glittering Court delivers a fetching story that ignites beauty and friendship.

The world of Osfrid (or Uros-topia, as I like to call it) and Adoria was greatly mixed. I love how it was derived from the UK and the US, despite the timeline difference in the book. The world of Osfrid felt like it was in the Tudor era, while Adoria was in the middle of the gold rush. Being a history freak, this would have made me queasy since those are two conflicting timelines. Yet Richelle Mead delivered a wonderful historical fiction novel that connected the two as a whole. This setting was spectacular, and imagining those places will give future readers a wonderful time.

In terms of characters, Richelle Mead delivered three kick-butt heroines who are graceful and confident in their own rights. I am in a state of conflict on what I feel about Adelaide though. It was like the world was meant to be for her. Everything was just perfect. The world was literally her oyster and the story that revolves around her is basically a fairy tale. When something goes down, it goes up. Yet in contrary, her character developed into this lady who need not to depend on anybody to survive, and she knew she wanted anything but the noble life she had in Osfrid. I will make sure to watch out for Tamsin and Mira’s perspectives, since both ladies practically steal the scene when Adelaide mentions them.

I found the romance between Adelaide and Cedric different from some of the YA fictional couples that I have read in the past. It was like a slow dance from the tension to the personal sharing that they had. Let’s just that it was a lucky strike that this book was not on the insta-love side. When considering the time frame, it was a long time before they even admitted the feelings that they have for each other. Their relationship was also on a philosophical era because of the banter between religions (similar to that of Puritanism and Christianism/Anglicanism). I could say that they had a healthy relationship, although I still fear how Adelaide will adapt with everything going on around her.

If you have not read anything by Richelle Mead yet, I suggest you start with this book. The historical fiction aspect had me sold, but it was the overall glamour and positive reinforcement that has won me over. The Glittering Court is not just all about girls in sparkly dresses, but it branches out to heavy topics like religion, belief, fate, and decisions that could change one’s life in a heartbeat. But I still hope I would enjoy the next book in the series as much as I enjoyed this one. 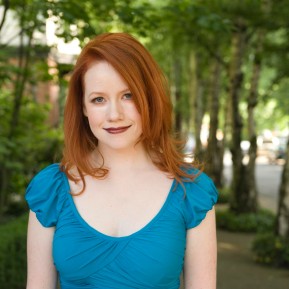 Richelle Mead has written over twenty-five novels for teens and adults. She is the author of the international #1 bestselling Vampire Academy series and its spinoff series, Bloodlines. A lifelong reader, Richelle has always had a particular fascination with mythology and folklore. When she can actually tear herself away from books (either reading or writing them), she enjoys bad reality TV, traveling, trying interesting cocktails, and shopping for dresses to wear on tour. She is a self-professed coffee addict, works in her pajamas, and has a passion for all things wacky and humorous. Originally from Michigan, Richelle now lives in Seattle, Washington, where she is hard at work on her next novel.

That’s it for my review! How about you guys? Have you read this book? What did you think of it? Comment below. 🙂

2 thoughts on “Book Review: The Glittering Court by Richelle Mead”