I have always had this soft spot for heartbreaking contemporaries. I do not care at all, because for as long as it hits me right in the kokoro (heart), I am all for it. Jeff Zentner made a lot of buzz last year because of The Serpent King. But sadly it was one of the books that I did not have the opportunity to read, given the killer time frame. But I thank the book gods for being so good to me, and PH bloggers for taking a chance on me. I don’t know what to expect really. I just know that this book will probably make me get a bucket. You know, so something can catch my tears and make me less of a mess. Kidding. 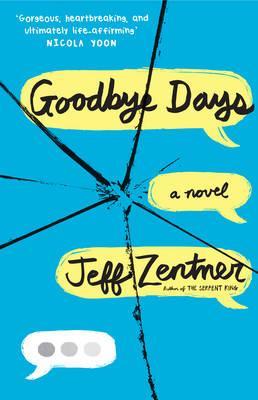 Source: Paperback, provided for the tour

What if you could spend one last day with someone you lost?

One day Carver Briggs had it all—three best friends, a supportive family, and a reputation as a talented writer at his high school, Nashville Academy for the Arts.

The next day he lost it all when he sent a simple text to his friend Mars, right before Mars, Eli, and Blake were killed in a car crash.

Now Carver can’t stop blaming himself for the accident, and he’s not the only one. Eli’s twin sister is trying to freeze him out of school with her death-ray stare. And Mars’s father, a powerful judge, is pressuring the district attorney to open a criminal investigation into Carver’s actions.

Luckily, Carver has some unexpected allies: Eli’s girlfriend, the only person to stand by him at school; Dr. Mendez, his new therapist; and Blake’s grandmother, who asks Carver to spend a Goodbye Day with her to share their memories and say a proper goodbye to his friend.

Soon the other families are asking for a Goodbye Day with Carver, but he’s unsure of their motives. Will they all be able to make peace with their losses, or will these Goodbye Days bring Carver one step closer to a complete breakdown or—even worse—prison?

Tears, tears, tears, all of the tears. I just want to cry and hug all of my best friends. Especially my weird friends from high school. This book made me miss them so bad. Jeff has this weird way of getting you invested in his book because I was hooked when the tears started flowing. I knew I should have had that bucket ready. That was a bad move.

It was probably because of a recent loss that made me resonate with this book so much. Maybe? Or maybe not. Goodbye Days is mainly a book that tackles grief, and the guilt that every person feels when someone dear dies. This book emotionally drained me, but it also gave me the feeling of redemption.

It is hard enough to lose someone, let alone the people that matter the most to you. Losing a second family can mess anyone up. And that is how I came to understand Carver’s pain. (Actually I am more comfortable in calling him Blade. The only problem is that I might cry just a little bit.) Goodbye Days captured the essence of grief: the long process of letting go and going on with life without the ones we love. In that grief, we encounter people who we can lean on. The people who understand the pain and who can help with the healing process. 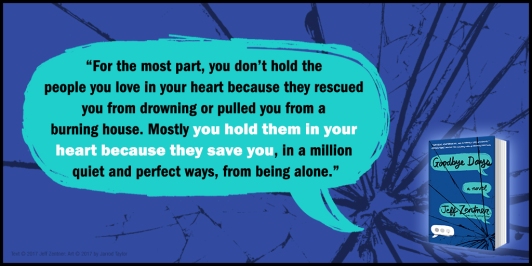 The book also contained slight glimpses of the past, in which the reader can picture what is was like when Blade’s friends were still there. It may have added to the heart-pulling, but it brought out one of the most beautiful friendship dynamics that I have read in a while. The Sauce Crew was the ultimate group, and like I said earlier, it made me miss my friends very much.

What I loved the most about this book is that it kept on reminding me that Blade was not alone in his journey. He may have had a few people breathing down his neck (but I mean, even I understood where those people are coming from), but at least he had a support group. Not only was his sister the best and essentially the most badass sister role model around, he had parents who will do anything for him no matter what happens. A friendship was lost, but another friendship was gained in the form of Eli’s girlfriend, his therapist, and Blake’s Nana Betsy, where the Goodbye Day surfaced.

To be honest, a Goodbye Day sounds like a good way to reminisce and let go of a loved one. But let’s be real here: if you ever plan to read this book, it is mandatory to have tissues with you. Also, please consider investing on a tear bucket. 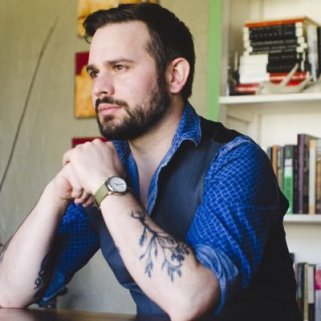 Jeff Zentner lives in Nashville, Tennessee. He came to writing through music, starting his creative life as a guitarist and eventually becoming a songwriter. He’s released five albums and appeared on recordings with Iggy Pop, Nick Cave, Warren Ellis, Thurston Moore, Debbie Harry, Mark Lanegan, and Lydia Lunch, among others.

Now he writes novels for young adults. He became interested in writing for young adults after volunteering at the Tennessee Teen Rock Camp and Southern Girls Rock Camp. As a kid, his parents would take him to the library and drop him off, where he would read until closing time. He worked at various bookstores through high school and college.

Want to win a copy of Goodbye Days? Click the photo below!

Hugs and kisses to Jasmine at Jasmine Pearl Reads for letting me be a part of this lovely blog tour! Thank you, for now I am a converted Jeff Zentner fan. Huge thanks as well to PRH Global for the review copy for the tour.

You see, I haven’t read The Serpent King yet. But I know I’m in for a ride. I’m not ready to have my feels to be messed up again, but I hope I could get to it really soon. But what about you? Have you read Goodbye Days or The Serpent King yet? On a scale of 1 to 10, how is your heart? Let’s talk about it!