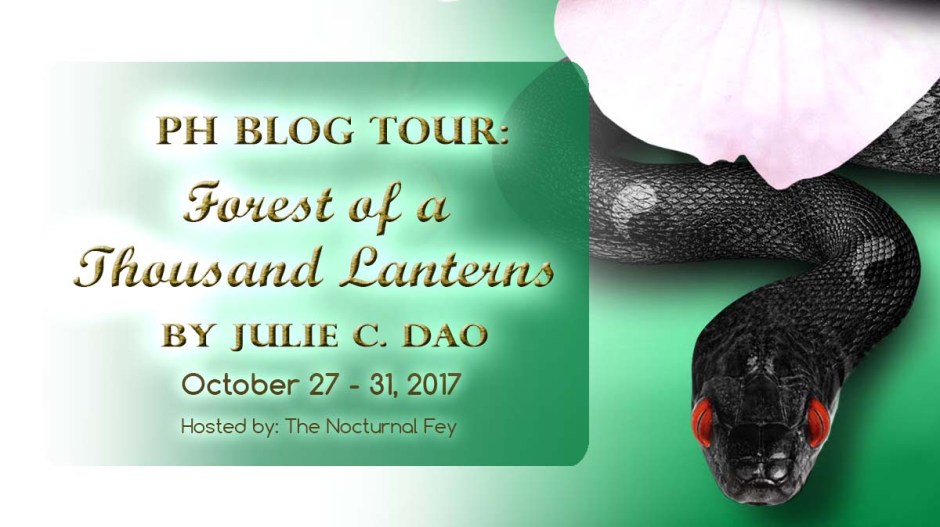 Truth be told, I picked this book up on a whim to see what all the hype is about. I have not read a lot of retellings. The last one was probably Cinder, and I read that a year ago. Forest of a Thousand Lanterns offers a unique retelling of the Evil Queen. And truth be told, this book is something of it’s own. While I have decided to share an excerpt instead, this book has it’s share of twists and turns that will make you want to stay until it is finished.

Huge thanks to Erika from The Nocturnal Fey for letting me join this blog tour and Penguin Random House for sponsoring the tour. 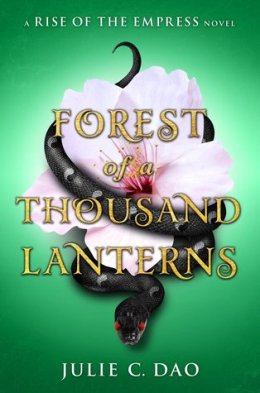 Title: Forest of a Thousand Lanterns

Series: Rise of the Empress #1

An East Asian fantasy reimagining of The Evil Queen legend about one peasant girl’s quest to become Empress–and the darkness she must unleash to achieve her destiny.

Eighteen-year-old Xifeng is beautiful. The stars say she is destined for greatness, that she is meant to be Empress of Feng Lu. But only if she embraces the darkness within her. Growing up as a peasant in a forgotten village on the edge of the map, Xifeng longs to fulfill the destiny promised to her by her cruel aunt, the witch Guma, who has read the cards and seen glimmers of Xifeng’s majestic future. But is the price of the throne too high?

Because in order to achieve greatness, she must spurn the young man who loves her and exploit the callous magic that runs through her veins–sorcery fueled by eating the hearts of the recently killed. For the god who has sent her on this journey will not be satisfied until his power is absolute.

“You do not sleep well.” That ancient voice, like leaves of autumn and snow in winter. The tengaru queen approached, her body so frail it seemed transparent. In the dark, with her horns and tail less defined, anyone might think her simply a small, old horse. But there was no mistaking the human awareness in those eyes.

“That’s all? Isn’t that everything?” The queen’s fathomless gaze took her in. “You interest me. You are divided. I knew it as soon as I saw you.”

“Look at yourself in the water, and perhaps you will understand better.

”Slowly, Xifeng bent over her reflection in the pond, her hair spilling over one shoulder. In the moonlight, she could only see the right half of her face. The other half lay in shadow, the eye dark and wild as the night.

“You have two faces. Two beings live within you, struggling for control. One has a heart that thrives in darkness and feeds on the pain of weaker souls. The other longs to stretch a hand to the light, to live and love as others do. Have you never sensed this?”

Xifeng stared into the star-scattered water at her own face: one half bright, the other hidden, unknowable. Sweat bloomed on her forehead as she placed a hand below her heart. The creature was still and silent now, but she knew how it could come alive, writhing within the prison of her body.

“Warriors kill every day.” She pictured the bloodshed on the forest path: Shiro stabbing the scythe-wielder and Wei beheading him with one sweep of his arm. “Why are they not divided, as I am? Why is it my fate to have this creature? The cards tell me I have a destiny beyond all others, but . . .”

“It is not an honor,” the queen said sharply, and Xifeng turned to her, startled and chastened. “Your . . . aunt has done more harm than good in filling your head with this destiny. No, it is not a lie. You are indeed bound for the glory she foresees, if you choose that path. But isn’t it better not to know? Isn’t it better to wake up each day, living for the present rather than waiting for the future?” 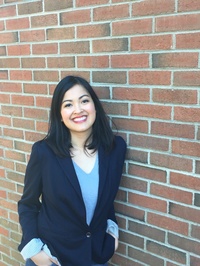 Julie C. Dao is a proud Vietnamese-American who was born in upstate New York. She studied medicine in college, but came to realize blood and needles were her Kryptonite. By day, she worked in science news and research; by night, she wrote books about heroines unafraid to fight for their dreams, which inspired her to follow her passion of becoming a published author. Forest of a Thousand Lanterns is her debut novel. Julie lives in New England.

Win a copy of Forest of A Thousand Lanterns by Julie C. Dao (PH only)

Here are the bloggers participating in the tour (I will be updating this post once their respective posts are up.)

Erika from The Nocturnal Fey

Nicay from The Nerdy Side of a Queen

Imo from Amidst the Pages

Danica from The Hogsmeade Reader

Ella from The Purple Nightingale

Joel from Descendant of Poseidon Reads

Elena from The Queen Reads

Hana from The Broke Bibliophile

Have you read Forest of a Thousand Lanterns yet? Tell me all about your thoughts in the comments below.